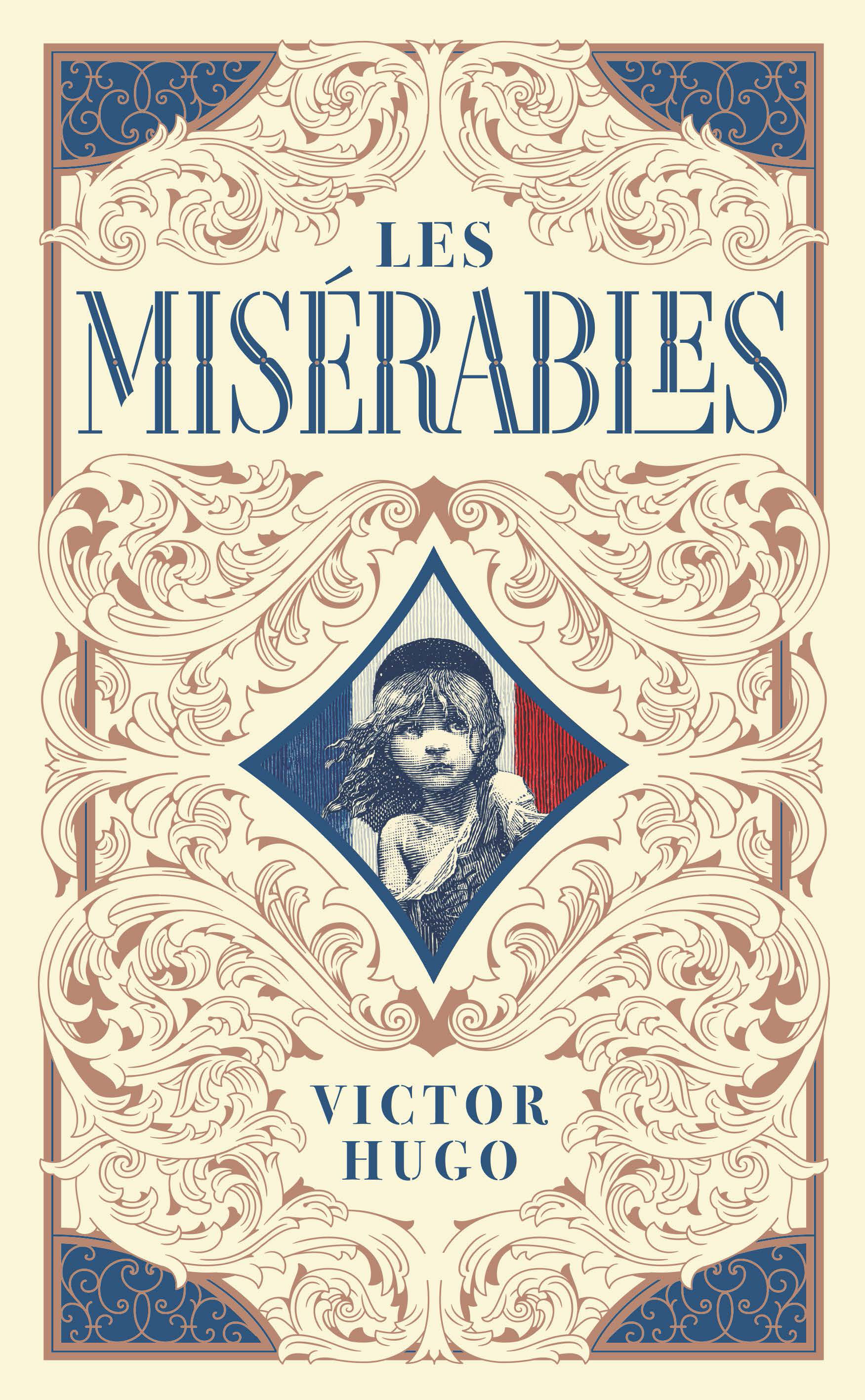 This post is the first in a series of biweekly ‘mini’ book reviews publishing this summer to 12 and Beyond. Further editions concerning Les Misérables will be published soon.

Les Miserables has taken me on an incredible journey over the past several months, involving the play, the music, the movie, and of course, the novel that inspired it all.

I began reading Les Miserables back in November after we began preparing to play in the orchestra pit for my school’s performance. Unfortunately, the copy I purchased was an abridged version- a mistake I quickly regretted. And so, while I had made it quite far through my original copy, I eventually purchased a new copy (at left)- unabridged, of course, and *just* slightly longer. Thus, making it through only the first volume of several found within the novel itself felt like reading through the entirety of the abridged version, and took just as long. Therefore, this book review is dedicated only to the first volume of the novel: Fantine. More will follow.

I would consider it all to be worth it, though- all of the “fluff” that consists of Hugo’s writing, often criticized as unnecessary. But for a novel like this, you don’t want just the facts- you want an intricate, beautifully written narrative, as it was intended. In all, Les Misérables is truly sensational.

The incredible amounts of detail concerning the lives of even the most minute characters were so well thought-out, and in the end, add to the overall impression and the reader’s understanding of the novel.

In terms of the plot itself, it does feel drawn out at times, but not to extremes significant enough to leave the reader bored; Les Misérables is far from dull.

The first volume surrounds countless sub-plots, but mainly concerns the various stages of Jean Valjean’s life. Valjean is constantly haunted by the aggrandized impact of a meager theft, having stolen only a loaf of bread. Throughout his life, Valjean attempts to rebuild himself into a person of integrity and virtue, at the will of the bishop he had once wronged, before eventually having to come to terms with his faults in preventing the wrongdoing of the innocent.

Furthermore, the reader also witnesses conflict between Fantine and the Thenardiers, a couple entrusted by Fantine to raise her child, Cosette, out of concern for money (but in very different circumstances) at both ends. However, Fantine’s life continues to diminish as she is abused and exploited in hopeless attempts to pay the Thenardier’s ever-increasing bills out of true love for her daughter. While she eventually regains partial dignity at the hand of Monsieur the Maire (Mayor) Madeleine (Jean Valjean’s reinvented personality), she suffers a despairing fate.

In addition to these, there are several more conflicts and storylines so intricate and intertwined that they beautifully come together in forming a complete masterpiece.

Now, I realize my descriptions above are vague and confusing, but I would prefer to leave it at such, in hopes of retaining the intention and magnificence of the novel for the way they should be experienced: by the reader itself.

If there is one major aspect of the first volume that I would like to focus on, it would be the consistent presence of morality and humanity. Each character undergoes struggles so unique, the novel as a whole becomes universal in the lives we live today.

For example, the novel presents common struggles of society, between wars, revolutions, oppression, ignorance, prejudice, and liberty. One of the most touching lines from the volume, for me, remains this:

“[Cosette] was called the lark in the neighborhood… only the lark never sang.”

As the reader gradually learns, the Thenardiers reduce Cosette to nothing but a slave, taking away the liberties and promise of someone so pure.

Fantine’s struggle also brings about many concerns. Fantine gradually fell victim to the coercion of society, leaving her with nothing to display as her own- just like Cosette, she was nobody, stripped of her humanity. And yet she received no support, no defense- society simply let her fall victim. Fantine displays unrelenting love for her daughter, and for even the smallest things in life, like her attachment to her husband, who eventually abandoned her without a care. It was this imbalance and ignorance that tore Fantine apart, until the courageous and selfless deeds of M. Madeleine (Jean Valjean) allowed her to acknowledge her self-worth, though the effects of her inhumane treatment remained ever-present.

On a bigger scale in the novel, Valjean’s struggle is incredibly symbolic. It portrays faults in society as a whole, concerning false liberty (in terms of his yellow parole paper) and mistreatment, and highlights the need for humanity, for a second chance, the need to stay in the present. The idea that every person has inner good, and is instead only shaped by the effects of society and one’s actions, is revealed to be ever true.

In all, the novel is one that is just heart-wrenching for the reader, yet is instrumental in expressing the need for a diverse perspective, and above all, for compassion.