Good morning! The Holiday season has begun on 12 and Beyond, and I thought I’d transition back to more traditional, more instrumental music from pop.

For those of you that don’t know, I play the viola in school. I recently had the opportunity to participate in the Orchestra pit for the Spring production of Les Misérables at my school, and I gladly joined. We’re several weeks into practice, and while the music is insanely difficult, I am loving the experience.

I haven’t actually seen the play myself (though I would love to at some point), but one of my friends described it as so heartfelt, and there were parts that made him cry. Having listened to the soundtrack, I can see why. As with most productions, it’s the soundtrack 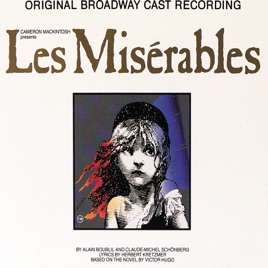 that really defines the play, and this is no different. Today, I am highlighting the Broadway version of the song, “I Dreamed a Dream”, arguably one of the more iconic songs in the soundtrack. I want to ignore the vocals, though, as exceptional as they are, because in my case, I came to appreciate the orchestra behind it.

There is something about being in an Orchestra, and for me, that’s being able to hear the melodies taking place all around you, both from the cellos and violins. In my case, you get both the high sounds and the low sounds, while the violas are sort of in the middle. And you appreciate those melodies, and it begins to really take the form of a song- and being a part of that is such a great feeling. I’m so excited to play for the actual play, because you now have an actual purpose for playing- and once you really get into it, being part of something so powerful, it’s amazing.

The soundtrack in itself is just so beautiful. My favorite part of the song, “I Dreamed a Dream” is when it goes, “duh-duh-duh-duh, duh-duh-duh-duuuuuh” towards the end of the song, if you know what I mean. When combined with the strong brass section, it sounds phenomenal.

The emotion provoked by every song in the album, my favorite being ‘I Dreamed a Dream’, is so amazing. I’ve become so attached to it, and the end performance, combined with vocals, story, and Orchestra, will be a beautiful experience.

And you can share that experience, too. Having seen a Broadway play last spring, I was so inspired to further explore the world of theater, and this is my opportunity. I realized how amazing theater was too even at a local level, when my sister performed in a play over the Summer, and I was truly moved.

I encourage you to have a listen to the Soundtrack however you prefer to listen to music (I use Apple Music), or you can listen to the individual track, “I Dreamed a Dream”, by clicking here.

Thanks so much for reading! Check out the Post Calendar on the Sidebar to see when special Holiday editions release towards the end of the month!