I’ll be honest- I kind of take back what I said a couple editions ago regarding Louis Tomlinson’s song, “Back To You”. In truth, “Back to You” is nothing extraordinary- sure, it has a good beat, but it’s just another pop song among a million others. 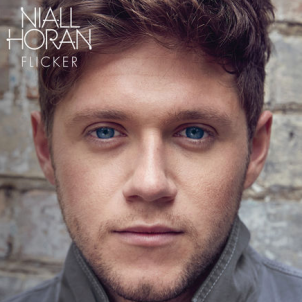 First, regarding the entire album, Flicker is phenomenal. Niall writes his own songs, and he brings aspects of his Irish heritage into his music through Irish riffs (did I mention he actually plays the guitar for his album?) and lyrics. Some songs, like “On the Loose”, bring upbeat and fun aspects. Others, like Flicker, bring something completely different.

Once again, Niall writes his own songs- and you can tell the way he embodies his lyrics.

“There’s a light in the dark. Still a flicker of hope that you first gave to me.”

The way he sings this line, the line itself, easily makes this my favorite song from his album. And Niall has said that it’s his favorite too . Not only does this create that personal connection with the listener- it draws upon his own thoughts and experiences to create something that is just so genuine and heartfelt. The guitar behind the lyrics only adds to the feel of the song.

Since One Direction broke up, Niall has matured so much- and this new reputation is clear in his music too. It makes me enjoy his music even more. I would love to see him in concert- imagine him going acoustic, with a small audience, personal…..

For me, I use Apple Music to stream music, but I encourage you to listen to Flicker through whatever platform you prefer. If you’d like, you can access the official YouTube audio here. Or, even better, listen to the acoustic version.

One thought on “Niall Horan’s Flicker | In Tune”