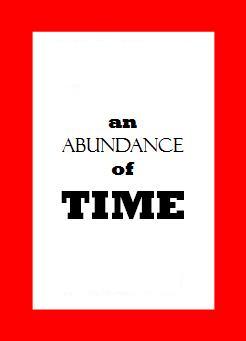 $25. A minimal amount- but enough to purchase something worthwhile. It took me a few days to decide (and I’ll be honest, a few LEGO figures were considered along the way), but I knew what I wanted. I recently began focusing on reading articles, and I often use Apple News (which was how I discovered some of these news magazines as well). As I read about different perspectives about the world (exactly the purpose of my blog), I began to really appreciate and understand the happenings around the globe. And so, I desired to start a subscription to a paper magazine (I much prefer paper reading over electronic), but not just any magazine.

TIME Magazine. A largely well-known magazine, I knew that I wanted to start here. I know, I know, “don’t judge a  magazine by its cover”, but in this case I did. You know how grocery stores often have magazines at the checkout line? After seeing a few TIME magazines, I was further convinced that this was the magazine for me. The cover alone was exactly what I needed: a streamlined design, simplistic yet pronounced. Not clouded with gossip articles about the most recent Hollywood drama. Even the inside style of the magazine was so me. So yeah, the cover did play a large role in me opening a subscription to TIME.

I had already experienced TIME articles from Apple News (by the way- I’m purchasing a MacBook in March), and I became familiar with the writing style. And, with several different authors, the magazine provides so many sides to one topic. In this way, I could begin to develop my own opinions. I was already so much more informed about the world through my phone, but I didn’t realize how much the actual magazine would benefit me as well. I found I was learning so much more than I already was (like, who knew about the inner workings of Steve Bannon?), and I have actually read each of my magazines so far cover-to-cover.

Now, granted, all of my magazines (starting with January 30th) have been political, but I mean, of course they are! And truthfully, I don’t mind reading about politics, and so far I have become so much more informed about Washington. I also knew, based on seeing past issues, that TIME delves into other global issues too- health, science, global news, that I knew would be right for me. But even if the featured story is political, each issue brings so much more as well.

I love both The Brief and The View, and I also like how the featured stories (usually 3) contain some politics, but also include other topics (like Roger Federer’s win). The Brief, the first section in the magazine, I find I get the most out of. It involves small news stories from around the globe that I find very interesting. And then The View, the second section in the magazine, offers commentary articles that give me insights as well. After that, the Features, three main articles which I take a lot from.

I’m not too much into the last section, Time Off, but that’s probably for a few reasons:

Though I do love the graphics throughout the magazine. They very much help me understand the content, and I also love the pop-charts, or the quotes just before The Brief.

I also try to take in as much as I can from the pictures- TIME has a section called “Lightbox”, which offer some really deep pictures. I remember the full-2-page Inauguration picture from my first issue really struck me. And I also purchased Barack Obama: 8 Years, a TIME Special Edition, that is full of ad-free full page pictures: pure gold.

Heh, I can’t tell you how excited I was to start this subscription- It was my first subscription to a magazine, and TIME was the one I knew I wanted. Before the first issue arrived, I would constantly check the mail in hopes of it being there. And I’m still ecstatic for every Saturday when a new issue will come in.

I get it though. It’s just a magazine. But starting this subscription meant a lot to me, and I get a whole lot out of reading it. Not only do I keep up with current events, I am inspired and informed of the world I will one day play a role in forming.

And no, this is not an advertisement for TIME, but instead a way for me to share how TIME magazine has affected me. And if this were to be counted as a “book review”, I have phenomenal things to write about TIME. In the near future, I’d also like to start a subscription to National Geographic, a totally different genre of writing.

I’m only on my fourth issue, but TIME has provided me with a perspective I never would have experienced otherwise. And its also provided me with several Word of the Days through its use of vocabulary. This was more of a personal post, but I thank you so much for reading. Have a wonderful rest of your weekend.

2 thoughts on “An Abundance of TIME”