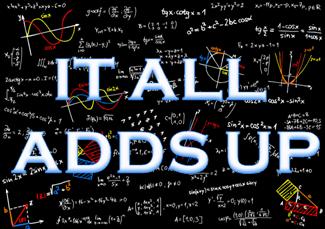 Hi! As it so happens, as of last week, I have presented information from every one of my math topics last year. The timing worked out extremely well, so until we begin a new unit this week in Algebra, I decided to do a review on some of the math topics I have discussed this past summer. Since answers were already published to these topics on their original problems, I won’t be releasing the answers to these- it’s up to you to figure them out!

The answer will be a decimal!

Like I mentioned earlier, inequalities are very similar to multi-step equations, just with a < or > as opposed to a =. Can you solve this one? Pay attention to the direction of the <>!

Which would the line be facing? Would the bubble be filled in or empty?

What do you call two angles that have a sum of 180 degrees?

Volume of a Cylinder

What is the formula for finding the volume of a cylinder?

Find the volume of a cylinder that has a radius of 54 cm and a height of 6 cm.

John got back his test, and he isn’t sure whether he got a passing grade. A passing grade counts as a 70%. His teacher told him that he got 64 out of 96 problems correct. Did he pass his test?

How can you tell whether a statement is a ratio or a rate?

Is the statement 72 songs : hour a ratio or a rate?

Thanks so much for following It All Adds Up this summer! Next Sunday I’ll have new information from our first Algebra unit. Have a great week!